The House
Built for the Family of Jonathan & Grace Fairebanks

The Fairbanks House is the oldest known wooden structure in North America.
Tree ring dating shows that the house was built between 1637 and 1641,
with parts of the house most likely livable within the first year.

The House is listed in the National Register of Historic Places.

In 1633 the Fairbanks family came to America from Halifax in the West Riding of Yorkshire, England. Prior to moving into the house built for Jonathan, Grace and their six children, the family lived for several years in Watertown, Massachusetts .

It is important to note that Jonathan did not build the house himself. Instead, he hired a master carpenter and a master mason, people who knew what they were doing, to build the house for him. This is a large part of why the house still stands today.

Dendrochronology, or tree ring dating, on the hall summer beam shows that the tree from which it was cut was felled in 1637. The summer beam, as the main structural support for an entire half of the house, was by necessity one of the first parts of the house that would have been erected. Dendrochronology on a smaller support post dated it to 1641. They did not age wood before using it back then; they built with green wood. With this information we know the house was built between 1637 and 1641, with parts of the house most likely livable within the first year. 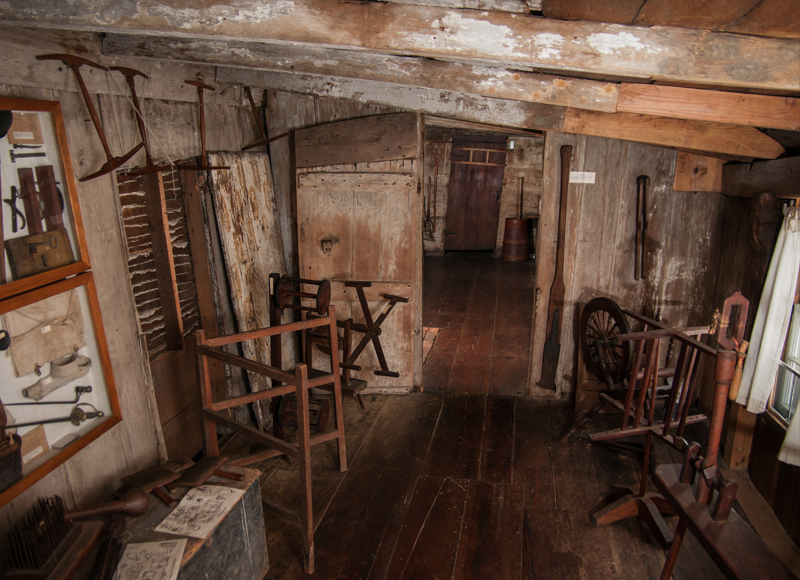 The Fairbanks House was built between 1637 and 1641, with additions of two full wings, a workshop, and several small expansions more than doubling the size of the original house.

Eight generations of Fairbanks lived in the house; all of them left their mark in one way or another. Additions have more than doubled the size of the original house, adding two full wings, a workshop, and several small expansions. When the family was fairly wealthy, luxuries like wallpaper, paint, and larger windows were added to the house. However, around 1800 – 1820 times changed and the money disappeared. No significant changes were made to the house after this time period. The house has never had modern conveniences like heat, running water, or electricity. 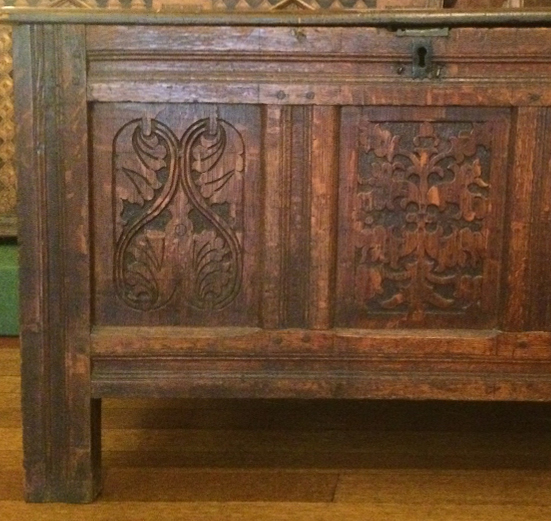 The Fairbanks family chest was carved circa 1660 by a skilled local joiner and woodworker named John Houghton. The chest is made of oak with pine paneling and a very distinct pattern carved into the front. In fact no other chest has been found with the same design on the center panel and it is thought to be unique.

“It may be said quite simply that no other house of the mid-17th century in New England has survived in such unbelievably unspoiled condition. It is also extraordinary that so early a structure should preserve such a high percentage of original features. It is a veritable storehouse of information concerning the small handful of houses which survive from this early period.”

Fairbanks Family Who Owned the House 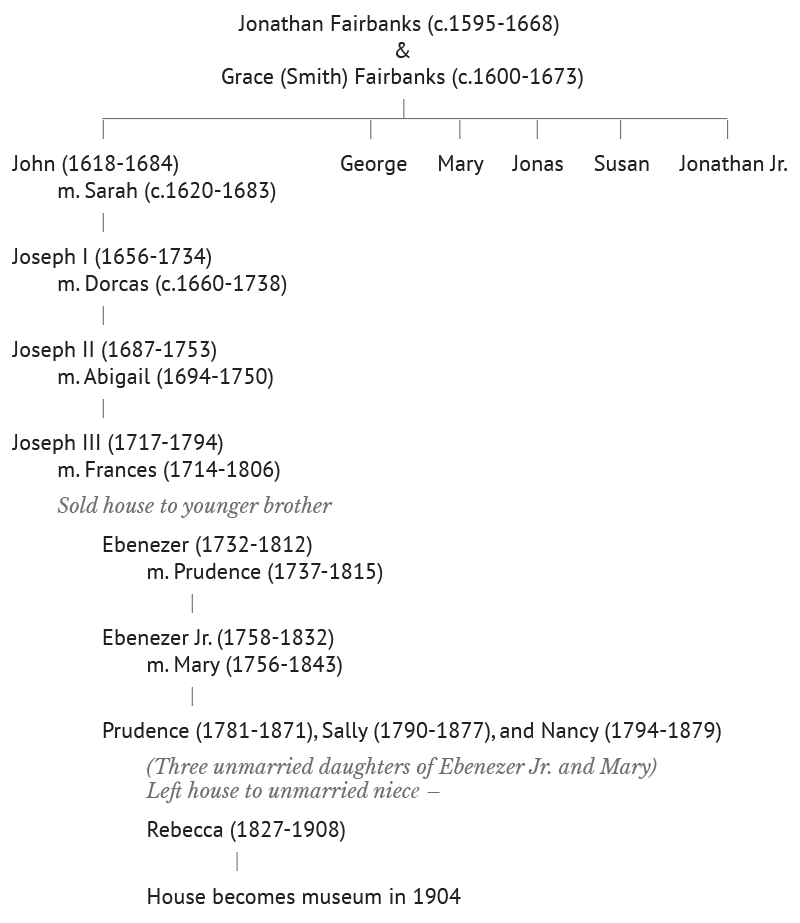 PLEASE NOTE: GIFT SHOP ORDERS MUST BE SUBMITTED BY DECEMBER 12TH FOR DELIVERY BY CHRISTMAS. Dismiss