The Fairbanks family has long been known for their cleverness and mechanical aptitude as well as their longevity. All six of Jonathan’s and Grace’s children lived into their adulthood and raised children of their own. All six family lines still exist today: John, George, Mary, Susan, Jonas, and Jonathan. The family has produced a number of prominent and important individuals over the years. 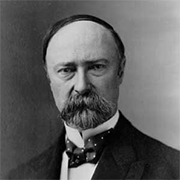 Charles Warren Fairbanks, descended from Jonas, was a U.S. Senator representing Indiana from 1897 – 1905 and Teddy Roosevelt’s Vice President during Roosevelt’s second term in office (1905 – 1909). He continued as a prominent member of the Republican party and again ran for Vice President under Charles Evens Hughes in his narrow loss to incumbent Woodrow Wilson for the Presidency in 1916. The city of Fairbanks, Alaska and a number of towns around the US are named in his honor.

Rev. Calvin Fairbanks, also descended from Jonas, was an active abolitionist in the years leading up to the Civil War. He freed 47 slaves from the states of Virginia and Kentucky. While none of the men, women, and children he saved were ever recaptured, he himself spent a total of 17 years in jail for freeing those slaves. In 1865 President Abraham Lincoln pardoned him. 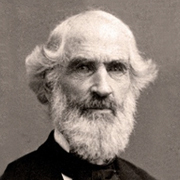 Thaddeus Fairbanks, descended from George, was the inventor of the platform scale. He founded the Fairbanks Scale Company, which still exists today, with his brother Erastus, who also served two terms as Governor of Vermont. The Fairbanks scale was presented at multiple World’s Fairs and Thaddeus won awards around the globe for the positive impact his scales and other inventions had on people.

Lorenzo Sayles Fairbanks, descended from John, was a lawyer and educator who compiled and published the “Genealogy of the Fairbanks Family from 1633 to 1897”. A labor of love, this book is more than 900 pages long with records of almost 1,200 Fairbanks family descendants of Jonathan and Grace. This book is available for purchase in hardcover, and in expanded digital form which includes many updated records for descendants born since 1897.

The Museum will reopen for tours on May 1st. In the Meantime take a virtual tour of the Fairbanks House. Dismiss